FIFA 21: What Edition Should I Buy? —— Detailed Instructions on how to pass the first minefield of EA

As FIFA 20 is going to end, the highly anticipated new game of FIFA 21 is coming soon, set for

FIFA 21 will be released by three editions: Standard Edition, Ultimate Edition and Champions

Here let’s analyze these editions briefly from the point of UT, to tell you which version is better to buy.

Standard Edition is the basic one, offering 4 kinds of official bonus.

Next is the amazing Champions Edition, with 6 kinds of official bonuses; 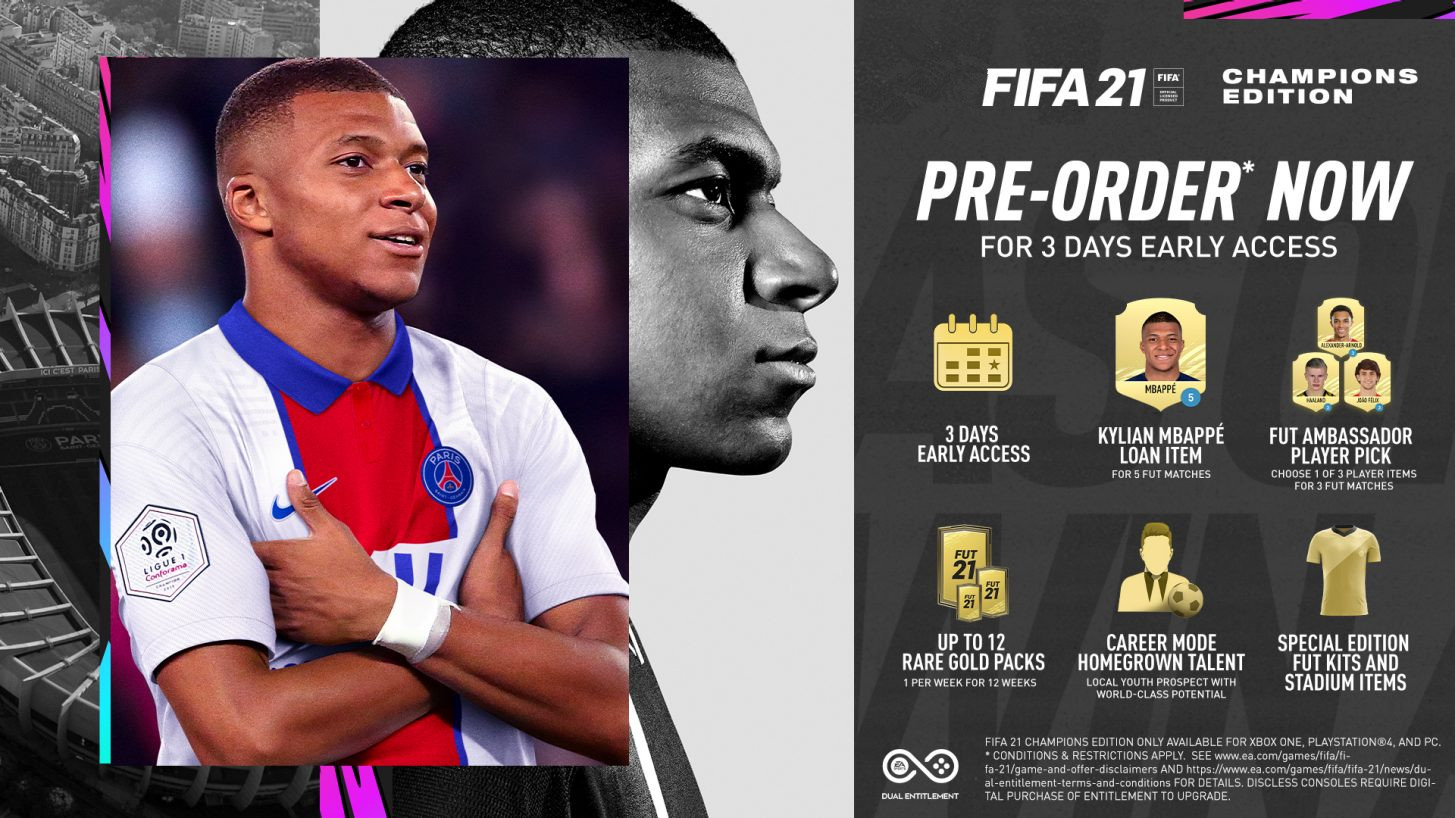 The final one is Ultimate Edition with more favorable 6 kinds of bonus. If you order it before

August 14, you could get Untradeable FUT 21 Ones to Watch Item further.

It looks one is more tempting than the other, and a bit hard to choose which one to buy. So let’s 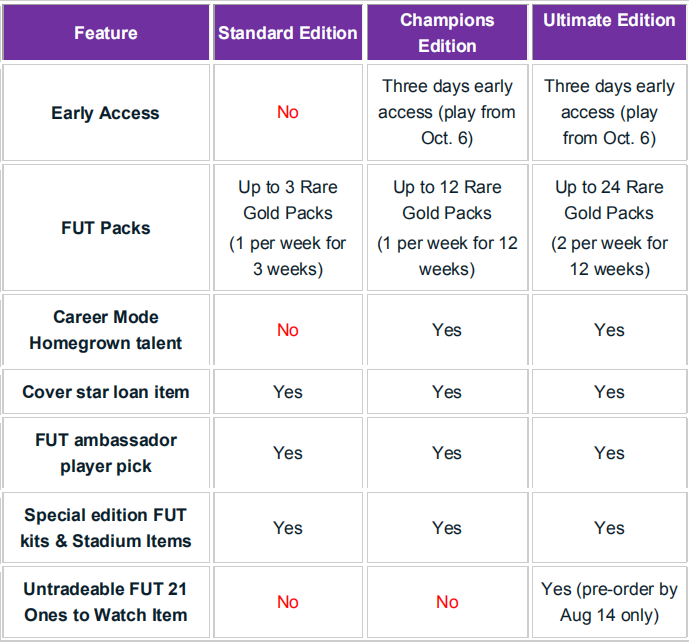 Except that FUT Packs with 3-24 rare gold packs including 3-4 players each, the other items are all consumables. We have to admit the FUT Packs will surely help most of gamers in the first week; but most people may not know why we have such a pack since the second week. So here let’s have a look at the first week only.

Previous: Verdien geld met originele artikelen
Next: FIFA 21: What Edition Should I Buy? —— Detailed Instructions on how to pass the first minefield of EA ( 2 )